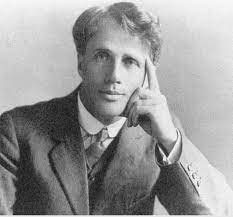 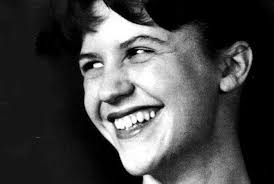 We can all think of poems that took powerful hold of us the first time we read them, that we responded to viscerally at the time, and still do whenever we remember or re-read them.  The poem speaks deeply to something in our lives, and our response is as physical as it is mental–these poems live as much in our bodies as in our minds.  The impact is so powerful we often remember not just the poem, but our surroundings in that first encounter–the physical details, and where we were in our lives.

Here are two poems that did that to me, at different points in my life, and still do.  I hope you’ll add your own examples here, and the circumstances.  I also invite you to bring them to this week’s Fridays at 4 (eastern time) to read to the group.  I’ll email the zoom link Friday morning.  If you aren’t on the mailing list, contact me through the web site so that I can add you.  As always, invite your friends.

I first read the Frost poem when I was a young teenager, and its opening line registered the astonishment I felt at that touch.  But that was the speaker’s past, and as I went through the poem–carried by its beautiful rhymes and meter–I could also feel the loss of that intensity long before I would ever feel it myself firsthand.  That’s what the imagination can do.  I pictured the speaker as an old man by the end, but Frost was just forty when he wrote the poem–once again, that’s what the imagination can do.  It’s one of the few poems I know by heart–in every sense of the word.

Love at the lips was touch
As sweet as I could bear;
And once that seemed too much;
I lived on air

That crossed me from sweet things,
The flow of—was it musk
From hidden grapevine springs
Downhill at dusk?

I had the swirl and ache
From sprays of honeysuckle
That when they’re gathered shake
Dew on the knuckle.

I craved strong sweets, but those
Seemed strong when I was young;
The petal of the rose
It was that stung.

Now no joy but lacks salt,
That is not dashed with pain
And weariness and fault;
I crave the stain

Of tears, the aftermark
Of almost too much love,
The sweet of bitter bark
And burning clove.

When stiff and sore and scarred
I take away my hand
From leaning on it hard
In grass and sand,

The hurt is not enough:
I long for weight and strength
To feel the earth as rough
To all my length.

I was in my mid-twenties when I decided I was going to write poetry “seriously,” and I started by signing up for a class in Contemporary Poetry.  The book assigned was Poems of Our Moment, edited by John Hollander.  I didn’t recognize any of the names in the Table of Contents, and couldn’t seem to take hold of the first few I tried to read, so I decided to start with the poems by women.  That’s when I discovered that out of thirty-seven poets in the book, just three were women: May Swenson, Adrienne Rich, and Sylvia Plath–names that meant nothing to me.  I could at least follow the Swenson poems, and admired the ones by Rich–little steps forward.   And then I read “The Bee Meeting.”  It was one of those moments that divide our lives into before and after.  It took me over completely, mind and body, as if I’d been abducted not by aliens but by someone who knew deep things about me that I didn’t yet know myself.  I felt as if I had  to write to her, to connect.  And then I turned to the Contributors’ Notes and discovered she was already dead.  Elation, then devastation.  But at least the poems were still there.

Who are these people at the bridge to meet me? They are the villagers——
The rector, the midwife, the sexton, the agent for bees.
In my sleeveless summery dress I have no protection,
And they are all gloved and covered, why did nobody tell me?
They are smiling and taking out veils tacked to ancient hats.

I am nude as a chicken neck, does nobody love me?
Yes, here is the secretary of bees with her white shop smock,
Buttoning the cuffs at my wrists and the slit from my neck to my knees.
Now I am milkweed silk, the bees will not notice.
They will not smell my fear, my fear, my fear.

Which is the rector now, is it that man in black?
Which is the midwife, is that her blue coat?
Everybody is nodding a square black head, they are knights in visors,
Breastplates of cheesecloth knotted under the armpits.
Their smiles and their voces are changing. I am led through a beanfield.

Strips of tinfoil winking like people,
Feather dusters fanning their hands in a sea of bean flowers,
Creamy bean flowers with black eyes and leaves like bored hearts.
Is it blood clots the tendrils are dragging up that string?
No, no, it is scarlet flowers that will one day be edible.

Now they are giving me a fashionable white straw Italian hat
And a black veil that molds to my face, they are making me one of them.
They are leading me to the shorn grove, the circle of hives.
Is it the hawthorn that smells so sick?
The barren body of hawthorn, etherizing its children.

Is it some operation that is taking place?
It is the surgeon my neighbors are waiting for,
This apparition in a green helmet,
Shining gloves and white suit.
Is it the butcher, the grocer, the postman, someone I know?

I cannot run, I am rooted, and the gorse hurts me
With its yellow purses, its spiky armory.
I could not run without having to run forever.
The white hive is snug as a virgin,
Sealing off her brood cells, her honey, and quietly humming.

Smoke rolls and scarves in the grove.
The mind of the hive thinks this is the end of everything.
Here they come, the outriders, on their hysterical elastics.
If I stand very still, they will think I am cow-parsley,
A gullible head untouched by their animosity,

Not even nodding, a personage in a hedgerow.
The villagers open the chambers, they are hunting the queen.
Is she hiding, is she eating honey? She is very clever.
She is old, old, old, she must live another year, and she knows it.
While in their fingerjoint cells the new virgins

Dream of a duel they will win inevitably,
A curtain of wax dividing them from the bride flight,
The upflight of the murderess into a heaven that loves her.
The villagers are moving the virgins, there will be no killing.
The old queen does not show herself, is she so ungrateful?

I am exhausted, I am exhausted ——
Pillar of white in a blackout of knives.
I am the magician’s girl who does not flinch.
The villagers are untying their disguises, they are shaking hands.
Whose is that long white box in the grove, what have they accomplished, why am I cold.