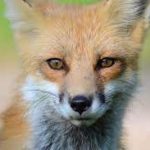 Since we didn’t get through all the poems from last week, and didn’t have a chance to discuss our sense of what visionary is and isn’t, I’d like to spend this week doing just that.  I’m including one new poem here, along with poems we didn’t get to from the blog and the Comments.

Questions I’m thinking about include: Why do artists–not just poets–want visions?  What do they hope they can provide.  How are visions different from dreams?  I think of dreams as personal and private, difficult to translate into more public language.  Visions seem other-worldly but more coherent.  Is that your sense?

As we saw, some visionary poems include the present world that the vision occurs in, like Ginsberg’s “A Supermarket in California,” and others exist entirely inside the vision.

Someone I spoke to said he thinks of visions from biblical literature, and my guess is that they go back to the beginnings of human history.  I’m curious to know whether some of you have written poems you would consider visionary, in all or part.

Please listen to this youtube reading by Ted Hughes of his poem “The Thought Fox.”  Not just the reading, but his introduction to it that describes the three elements that went into the making of it, including an astounding dream.  https://www.youtube.com/watch?v=vop3NOGMExs

As always, I’m looking forward to seeing your comments here and to discussing them on Friday.

DIVING INTO THE WRECK

First having read the book of myths,
and loaded the camera,
and checked the edge of the knife-blade,
I put on
the body-armor of black rubber
the absurd flippers
the grave and awkward mask.
I am having to do this
not like Cousteau with his
assiduous team
aboard the sun-flooded schooner
but here alone.

There is a ladder.
The ladder is always there
hanging innocently
close to the side of the schooner.
We know what it is for,
we who have used it.
Otherwise
it is a piece of maritime floss
some sundry equipment.

I go down.
Rung after rung and still
the oxygen immerses me
the blue light
the clear atoms
of our human air.
I go down.
My flippers cripple me,
I crawl like an insect down the ladder
and there is no one
to tell me when the ocean
will begin.

First the air is blue and then
it is bluer and then green and then
black I am blacking out and yet
my mask is powerful
it pumps my blood with power
the sea is another story
the sea is not a question of power
I have to learn alone
to turn my body without force
in the deep element.

And now: it is easy to forget
what I came for
among so many who have always
lived here
swaying their crenellated fans
between the reefs
and besides
you breathe differently down here.

I came to explore the wreck.
The words are purposes.
The words are maps.
I came to see the damage that was done
and the treasures that prevail.
I stroke the beam of my lamp
slowly along the flank
of something more permanent
than fish or weed

the thing I came for:
the wreck and not the story of the wreck
the thing itself and not the myth
the drowned face always staring
toward the sun
the evidence of damage
worn by salt and sway into this threadbare beauty
the ribs of the disaster
curving their assertion
among the tentative haunters.

This is the place.
And I am here, the mermaid whose dark hair
streams black, the merman in his armored body.
We circle silently
about the wreck
we dive into the hold.
I am she: I am he

whose drowned face sleeps with open eyes
whose breasts still bear the stress
whose silver, copper, vermeil cargo lies
obscurely inside barrels
half-wedged and left to rot
we are the half-destroyed instruments
that once held to a course
the water-eaten log
the fouled compass

We are, I am, you are
by cowardice or courage
the one who find our way
back to this scene
carrying a knife, a camera
a book of myths
in which
our names do not appear.

I imagine this midnight moment’s forest:
Something else is alive
Beside the clock’s loneliness
And this blank page where my fingers move.

Through the window I see no star:
Something more near
Though deeper within darkness
Is entering the loneliness:

Cold, delicately as the dark snow
A fox’s nose touches twig, leaf;
Two eyes serve a movement, that now
And again now, and now, and now

Sets neat prints into the snow
Between trees, and warily a lame
Shadow lags by stump and in hollow
Of a body that is bold to come

Across clearings, an eye,
A widening deepening greenness,
Brilliantly, concentratedly,
Coming about its own business

Till, with a sudden sharp hot stink of fox
It enters the dark hole of the head.
The window is starless still; the clock ticks,
The page is printed.

In Italy, where this sort of thing can occur,
I had a vision once – though you understand
It was nothing at all like Dante’s, or the visions of saints,
And perhaps not a vision at all. I was with some friends,
Picking my way through a warm, sunlit piazza
In the early morning. A clear fretwork of shadows
From huge umbrellas littered the pavement and made
A sort of lucent shallows in which was moored
A small navy of carts. Books, coins, old maps,
Cheap landscapes and ugly religious prints
Were all on sale. The colors and noise
Like the flying hands were gestures of exultation,
So that even the bargaining
Rose to the ear like a voluble godliness.
And then, when it happened, the noises suddenly stopped,
And it got darker; pushcarts and people dissolved
And even the great Farnese Palace itself
Was gone, for all its marble; in its place
Was a hill, mole-colored and bare. It was very cold,
Close to freezing, with a promise of snow.
The trees were like old ironwork gathered for scrap
Outside a factory wall. There was no wind,
And the only sound for a while was the little click
Of ice as it broke in the mud under my feet.
I saw a piece of ribbon snagged on a hedge,
But no other sign of life. And then I heard
What seemed the crack of a rifle. A hunter, I guessed;
At least I was not alone. But just after that
Came the soft and papery crash
Of a great branch somewhere unseen falling to earth.

And that was all, except for the cold and silence
That promised to last forever, like the hill.

Then prices came through, and fingers, and I was restored
To the sunlight and my friends. But for more than a week
I was scared by the plain bitterness of what I had seen.
All this happened about ten years ago,
And it hasn’t troubled me since, but at last, today,
I remembered that hill; it lies just to the left
Of the road north of Poughkeepsie; and as a boy
I stood before it for hours in wintertime.

Turning and turning in the widening gyre
The falcon cannot hear the falconer;
Things fall apart; the centre cannot hold;
Mere anarchy is loosed upon the world,
The blood-dimmed tide is loosed, and everywhere
The ceremony of innocence is drowned;
The best lack all conviction, while the worst
Are full of passionate intensity.

Surely some revelation is at hand;
Surely the Second Coming is at hand.
The Second Coming! Hardly are those words out
When a vast image out of Spiritus Mundi
Troubles my sight: somewhere in sands of the desert
A shape with lion body and the head of a man,
A gaze blank and pitiless as the sun,
Is moving its slow thighs, while all about it
Reel shadows of the indignant desert birds.
The darkness drops again; but now I know
That twenty centuries of stony sleep
Were vexed to nightmare by a rocking cradle,
And what rough beast, its hour come round at last,
Slouches towards Bethlehem to be born?

A Dream of Ash and Soot

Wednesday dusk and Mad Daddy, drenched head
to toe in kerosene, canters up, jerks the reins
and stands high on the speckled rump of his horse,
then winks at trembling Booth, eighteen
in the woodlot and tough as a ten-penny nail:
Yeehaw!! to the dread rattling thunder
I have given fire! –It shore has been some
rough magic, aint it boy? But now I break
my staff and drown my book. Forsooth, you have
your daddy’s country blood! I love you like
a furnace, son! Heigh ho Silver, away!
Then Mad Daddy snickers, strikes a match
on the heel of his boot and turns himself
into a galloping yellow torch. And his flames
reach to Heaven, and a cloud swirls
through the Great Field, and the sun falls down.

Those are beautiful, amazing poems, Sharon! I wonder how to think of the word “visionary” to encompass all its meaning. I love the juxtaposition of Yeats and Ginsburg! If I might juxtapose two poets myself, I might suggest Elizabeth Bishop (two poems in particular: The Fish and The Moose) and Larry Levis (and here I’m thinking of Anastasia and Sandman). The “visions” of these poems are different, but powerful. Bishop is extraordinary at detail and form and I just love the whole poetic movie sequence of the bus and the Moose, and the deep dive into the essence of the Fish. But Levis does something… different. Like the sublime, I am not sure I can explain how these poems do what they do.
Bishop links: https://poets.org/poem/fish-2 and https://poets.org/poem/moose
Levis link: https://poets.org/poem/anastasia-sandman