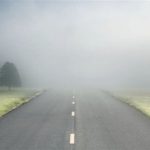 I think I was seven or eight, and my parents were having a New Year’s Eve party in our tiny apartment.  There couldn’t have been more than a dozen people, but it was crowded and festive.  I’d been allowed to stay up, and to come to the party to pass around the cheese and crackers and candy, so I was feeling very grown up.  Then someone said, “Well, that’s almost it for this year, ” and I suddenly panicked.  I realized that soon I’d be writing a new year on everything, and that I had only a few minutes to write the old one while it was still true.  I could write it later, but it wouldn’t mean the same thing.   I set down the plate I was carrying, ran into my bedroom to get a pencil and paper, and wrote the year over and over until I’d covered both sides.  I didn’t understand what I was feeling, I just knew it was urgent.  Now I’d say it was an early glimmer of saving things by writing them down.

Here are three poems for the new year.  I hope yours will be full of good fortune.  Fridays at 4 will be back next week.

This is newness : every little tawdry
Obstacle glass-wrapped and peculiar,
Glinting and clinking in a saint’s falsetto. Only you
Don’t know what to make of the sudden slippiness,
The blind, white, awful, inaccessible slant.
There’s no getting up it by the words you know.
No getting up by elephant or wheel or shoe.
We have only come to look. You are too new
To want the world in a glass hat.

We cannot know his legendary head
with eyes like ripening fruit. And yet his torso
is still suffused with brilliance from inside,
like a lamp, in which his gaze, now turned to low,

gleams in all its power. Otherwise
the curved breast could not dazzle you so, nor could
a smile run through the placid hips and thighs
to that dark center where procreation flared.

Otherwise this stone would seem defaced
beneath the translucent cascade of the shoulders
and would not glisten like a wild beast’s fur:

would not, from all the borders of itself,
burst like a star: for here there is no place
that does not see you. You must change your life.

TRY TO PRAISE THE MUTILATED WORLD