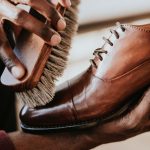 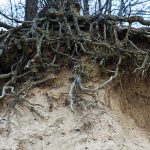 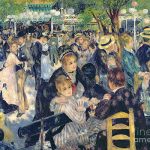 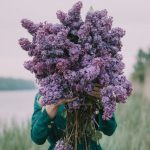 Now that we’ve spent a couple of weeks immersed in the sublime, talking about it and reading poems written out of encounters with it, I’m thinking about the many, many poems I love and would describe as great that are written out of something else.  They’re emotionally powerful, and moving to me, but they don’t seem to speak on the edge of the abyss.  They’re more grounded in things of this world, for the most part, and often on relationships with other people rather than one person alone confronting the overwhelming.

I’d say that emotions in poems cover a wide range, from mild to intense, with what we’ve been describing as sublime at one end.

Here’s a landscape analogy that’s related to what I’m getting at.  I grew up in a valley bordered on the east by the Rocky Mountains and on the west by the Nevada desert.  Both landscapes were awesome and terrifying–people died in both.  When we drove across the desert on the way to California, the emptiness was so overwhelming I hid on the car floor.   But the sight of the mountains was central and powerful, and I missed them when I moved east.  When I took the train home I spent the last few hours staring out the window, desperate for my first glimpse of them.  Westerners are landscape snobs–I needed that scale.  In the east I sneered at the hills people referred to as mountains.  When people said, “Isn’t this landscape beautiful?,” I literally couldn’t see what they were talking about.  If it wasn’t awesome it didn’t even matter.  It took me years of living in it to realize one day, setting out for a hike (walk) with friends: Oh, this landscape is human scale, you can just walk out into it without risking your life.  And for the first time I saw the value in that.

I think the sublime has to do with extremity and intensity, with things larger and deeper than the human scale of things, with situations where one person encounters whatever it is–the void, the abyss, the unfathomable, immeasurable.  I think the sublime is something we can visit but not live in–the intensity would crush us, as Rilke says.  And the solitude.  Most of our lives include relationships with other people.  When it comes to poetry, the awesome/ sublime may be the most powerful, but I think more poems, including many great ones, are written out of our human relationships–that scale, the one with emotions that range from happiness to rage to love to sadness, subtle and nuanced, looked at closely.  I don’t think I’d describe any of Shakespeare’s sonnets as sublime, for example, however beautiful and moving they are.

I take enormous pleasure in the poems here, and find all of them moving.  They include transcendent moments and powerful emotions, but I wouldn’t describe any of them as encounters with the sublime. I’ll be curious to see your examples, and your comments.

Sundays too my father got up early
and put his clothes on in the blueblack cold,
then with cracked hands that ached
from labor in the weekday weather made
banked fires blaze. No one ever thanked him.

I’d wake and hear the cold splintering, breaking.
When the rooms were warm, he’d call,
and slowly I would rise and dress,
fearing the chronic angers of that house,

Speaking indifferently to him,
who had driven out the cold
and polished my good shoes as well.
What did I know, what did I know
of love’s austere and lonely offices?

HOMAGE TO MY HIPS

The whiskey on your breath
Could make a small boy dizzy;
But I hung on like death:
Such waltzing was not easy.

We romped until the pans
Slid from the kitchen shelf;
My mother’s countenance
Could not unfrown itself.

The hand that held my wrist
Was battered on one knuckle;
At every step you missed
My right ear scraped a buckle.

You beat time on my head
With a palm caked hard by dirt,
Then waltzed me off to bed
Still clinging to your shirt.

WHAT THE DOG PERHAPS HEARS

If an inaudible whistle
blown between our lips
can send him home to us,
then silence is perhaps
the sound of spiders breathing
and roots mining the earth;
it may be asparagus heaving,
headfirst, into the light
and the long brown sound
of cracked cups, when it happens.
We would like to ask the dog
if there is a continuous whir
because the child in the house
keeps growing, if the snake
really stretches full length
without a click and the sun
breaks through clouds without
a decibel of effort,
whether in autumn, when the trees
dry up their wells, there isn’t a shudder
too high for us to hear.

What is it like up there
above the shut-off level
of our simple ears?
For us there was no birth cry,
the newborn bird is suddenly here,
the egg broken, the nest alive,
and we heard nothing when the world changed.

Atop an orchard ladder my father
stands half-hidden by the black cherry’s
tangled branches, holding a gasoline-soaked
rag wrapped on the end of a broomstick.
He flicks open his silver lighter, tells us
to stand back as the torch ignites
and he thrusts the burning thing up
where the white nets of caterpillars
tent the upper branch tips.  A terrible
crackling like singed hair
fills the early April evening
as we squeal, and the smoldering
bits of caterpillars fall to the ground.
Weeks later we will eat the spicy
meat of the cherries, not even thinking
of this carnage.  Or if we do, only
as the kind of work that fathers
will do, for their children.

We’re extremely fortunate
not to know precisely
the kind of world we live in.

One would have
to live a long, long time,
unquestionably longer
than the world itself.

Get to know other worlds,
if only for comparison.

Rise above the flesh,
which only really knows
how to obstruct
and make trouble.

For the sake of research,
the big picture
and definitive conclusions,
one would have to transcend time,
in which everything scurries and whirls.

From that perspective,
one might as well bid farewell
to incidents and details.

The counting of weekdays
would inevitably seem to be
a senseless activity;

dropping letters in the mailbox
a whim of foolish youth;

the sign “No Walking on the Grass”
a symptom of lunacy.

Talking in bed ought to be easiest,
Lying together there goes back so far,
An emblem of two people being honest.
Yet more and more time passes silently.
Outside, the wind’s incomplete unrest
Builds and disperses clouds in the sky,
And dark towns heap up on the horizon.
None of this cares for us. Nothing shows why
At this unique distance from isolation
It becomes still more difficult to find
Words at once true and kind,
Or not untrue and not unkind.

As though we could string pearls into a necklace

of only good moments, between knots of waxed

string. Tonight, a month after the last lilac bloomed,

I finally noticed, and no hothouse could make the bushes

flower again late, early, whatever you call the period

shed skin is replaced. We are not who we were.

I’d seen the lilacs, gone through the motions

of breathing in, swirled the scent in the goblet

of my brain but I wasn’t listening until

this evening, after the first warm day in June

when I considered how fine a bunch of lilacs

would be, enough to fill my arms, to hide my face

in their tender, sweet nostalgia for ordinary life.

More on the Sublime