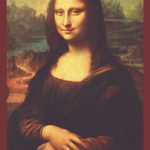 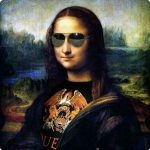 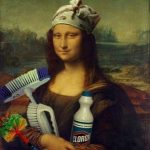 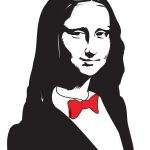 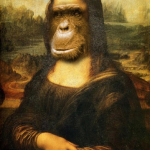 This week’s post was prompted by comments from two or three people in last week’s Fridays at 4 discussion of meter.  They wondered how much a writer could vary a form and still have it be that form–an excellent question.  All works of art are made up of patterns and variations on those patterns–it wouldn’t be art without that crucial pairing.  The form conveys certain things, and the variations are meaningful departures from the form.  So I thought it would be helpful to look at some examples of maintaining a particular form while departing from it in interesting ways.

Since we we were talking about meter, I started with a Frost poem that I would certainly describe as iambic pentameter, but with a high percentage of irregular lines within that.  You can try scanning it for yourself.  Then I thought of sestina form, and some variations on it.  It usually is 39 lines long–six stanzas of six lines each, followed by a 3-line envoi, but that envoi is often dropped.  Bishop’s is very regular except for the omission of the envoi.  Donald Justice’s  “Here in Katmandu” uses relatively short lines for a sestina–a sign of his virtuosity, since it’s hard to keep up the necessary word repetition without writing much longer ones.  Alberto Rios’s “Nani” doesn’t show six distinct stanzas–I’ll leave it to you to see if he keeps to the pattern of word repetition.  Those are followed by sonnets, both regular and with variations.  I’m hoping you’ll look up both sestina form and sonnet form ahead of Friday’s discussion, and also read a little about Wanda Coleman’s sonnets and Terrance Hayes’s.

The buzz saw snarled and rattled in the yard
And made dust and dropped stove-length sticks of wood,
Sweet-scented stuff when the breeze drew across it.
And from there those that lifted eyes could count
Five mountain ranges one behind the other
Under the sunset far into Vermont.
And the saw snarled and rattled, snarled and rattled,
As it ran light, or had to bear a load.
And nothing happened: day was all but done.
Call it a day, I wish they might have said
To please the boy by giving him the half hour
That a boy counts so much when saved from work.
His sister stood beside him in her apron
To tell them ‘Supper.’ At the word, the saw,
As if to prove saws knew what supper meant,
Leaped out at the boy’s hand, or seemed to leap—
He must have given the hand. However it was,
Neither refused the meeting. But the hand!
The boy’s first outcry was a rueful laugh,
As he swung toward them holding up the hand
Half in appeal, but half as if to keep
The life from spilling. Then the boy saw all—
Since he was old enough to know, big boy
Doing a man’s work, though a child at heart—
He saw all spoiled. ‘Don’t let him cut my hand off—
The doctor, when he comes. Don’t let him, sister!’
So. But the hand was gone already.
The doctor put him in the dark of ether.
He lay and puffed his lips out with his breath.
And then—the watcher at his pulse took fright.
No one believed. They listened at his heart.
Little—less—nothing!—and that ended it.
No more to build on there. And they, since they
Were not the one dead, turned to their affairs.

September rain falls on the house.
In the failing light, the old grandmother
sits in the kitchen with the child
beside the Little Marvel Stove,
reading the jokes from the almanac,
laughing and talking to hide her tears.

She thinks that her equinoctial tears
and the rain that beats on the roof of the house
were both foretold by the almanac,
but only known to a grandmother.
The iron kettle sings on the stove.
She cuts some bread and says to the child,

It’s time for tea now; but the child
is watching the teakettle’s small hard tears
dance like mad on the hot black stove,
the way the rain must dance on the house.
Tidying up, the old grandmother
hangs up the clever almanac

on its string. Birdlike, the almanac
hovers half open above the child,
hovers above the old grandmother
and her teacup full of dark brown tears.
She shivers and says she thinks the house
feels chilly, and puts more wood in the stove.

It was to be, says the Marvel Stove.
I know what I know, says the almanac.
With crayons the child draws a rigid house
and a winding pathway. Then the child
puts in a man with buttons like tears
and shows it proudly to the grandmother.

But secretly, while the grandmother
busies herself about the stove,
the little moons fall down like tears
from between the pages of the almanac
into the flower bed the child
has carefully placed in the front of the house.

Time to plant tears, says the almanac.
The grandmother sings to the marvelous stove
and the child draws another inscrutable house.

We have climbed the mountain.
There’s nothing more to do.
It is terrible to come down
To the valley
Where, amidst many flowers,
One thinks of snow,

As formerly, amidst snow,
Climbing the mountain,
One thought of flowers,
Tremulous, ruddy with dew,
In the valley.
One caught their scent coming down.

It is difficult to adjust, once down,
To the absense of snow.
Clear days, from the valley,
One looks up at the mountain.
What else is there to do?
Prayer wheels, flowers!

Let the flowers
Fade, the prayer wheels run down.
What have they to do
With us who have stood atop the snow
Atop the mountain,
Flags seen from the valley?

It might be possible to live in the valley,
To bury oneself among flowers,
If one could forget the mountain,
How, never once looking down,
Stiff, blinded with snow,
One knew what to do.

Meanwhile it is not easy here in Katmandu,
Especially when to the valley
That wind which means snow
Elsewhere, but here means flowers,
Comes down,
As soon it must, from the mountain.

Sitting at her table, she serves
the sopa de arroz to me
instinctively, and I watch her,
the absolute mamá, and eat words
I might have had to say more
out of embarrassment. To speak,
now-foreign words I used to speak,
too, dribble down her mouth as she serves
me albóndigas. No more
than a third are easy to me.
By the stove she does something with words
and looks at me only with her
back. I am full. I tell her
I taste the mint, and watch her speak
smiles at the stove. All my words
make her smile. Nani never serves
herself, she only watches me
with her skin, her hair. I ask for more.

I watch the mamá warming more
tortillas for me. I watch her
fingers in the flame for me.
Near her mouth, I see a wrinkle speak
of a man whose body serves
the ants like she serves me, then more words
from more wrinkles about children, words
about this and that, flowing more
easily from these other mouths. Each serves
as a tremendous string around her,
holding her together. They speak
Nani was this and that to me
and I wonder just how much of me
will die with her, what were the words
I could have been, was. Her insides speak
through a hundred wrinkles, now, more
than she can bear, steel around her,
shouting, then, What is this thing she serves?

She asks me if I want more.
I own no words to stop her.
Even before I speak, she serves.

Here in the electric dusk your naked lover
tips the glass high and the ice cubes fall against her teeth.
It’s beautiful Susan, her hair sticky with gin,
Our Lady of Wet Glass-Rings on the Album Cover,
streaming with hatred in the heat
as the record falls and the snake-band chords begin
to break like terrible news from the Rolling Stones,
and such a last light—full of spheres and zones.

John looks downwards, as if admonished,
Then slowly lifts his head, and sighs.
Half fearfully and half astonished,
They look into each other’s eyes.
The waiter, bearded, burly, macho,
Says, “Madam, though it’s cold, gazpacho
Is what I’d recommend. Noisettes
Of lamp, perhaps, or mignoninettes
Of veal to follow….” Unavailing
Are his suggestions. Nothing sinks
Into their ears. “Ah, well,” he thinks,
“They’re moonstruck. It’ll be plain sailing.
Lovers, despite delays and slips
And rotten service, leave large tips.”

our mothers wrung hell and hardtack from row
and boll. fenced others’
gardens with bones of lovers. embarking
from Africa in chains
reluctant pilgrims stolen by Jehovah’s light
planted here the bitter
seed of blight and here eternal torches mark
the shame of Moloch’s mansions
built in slavery’s name. our hungered eyes
do see/refuse the dark
illuminate the blood-soaked steps of each
historic gain. a yearning
yearning to avenge the raping of the womb
from which we spring

AMERICAN SONNET FOR MY PAST AND FUTURE ASSASSIN

[I lock you in an American sonnet that is part prison]

I lock you in an American sonnet that is part prison,
Part panic closet, a little room in a house set aflame.
I lock you in a form that is part music box, part meat
Grinder to separate the song of the bird from the bone.
I lock your persona in a dream-inducing sleeper hold
While your better selves watch from the bleachers.
I make you both gym & crow here. As the crow
You undergo a beautiful catharsis trapped one night
In the shadows of the gym. As the gym, the feel of crow-
Shit dropping to your floors is not unlike the stars
Falling from the pep rally posters on your walls.
I make you a box of darkness with a bird in its heart.
Voltas of acoustics, instinct & metaphor. It is not enough
To love you. It is not enough to want you destroyed.