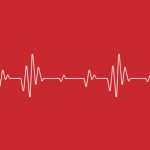 “The only feet that patter here are metrical.”  That’s a line from a poem by the brilliant–and childless–poet James Merrill.  Rhythm is physical.  It starts in the heart, spreads to the body, and makes it move.  Makes words move.

When you write in meter, the rhythm is there before the words are: ta-TAH/ ta-TAH/ ta-TAH/ ta-TAH/ ta-TAH.  But you can’t start with words and force them into a straitjacket.  You have to let the music rise up in that rhythm until it begins to turn into words.  And those words into sentences.  At that point you have the rhythm of the sentence laid over the metrical ground–the two of them traveling together, meeting and parting and coming together again.  That’s what creates the energy and power of metrical poetry–those two elements intertwining.

Metrical poetry is based on a simple binary distinction: alternating stressed and unstressed syllables.

Meter is simply a language that developed over time to measure the various rhythmic patterns used in English poetry.  Meter isn’t math–though it’s often taught as if it were.  The basics are few and simple, and enough to describe the rhythm of any metrical poem you’re reading.

The language of describing meter refers to two things: what kind of metrical foot is used, and how many of them are there in a given line.

A metrical foot is simply a grouping of stressed and unstressed syllables that’s used repeatedly.  There are five basic ones:

Line length is named for how many feet there are in it: monometer, dimiter, trimeter, tetrameter, pentameter, hexameter, heptameter.

The most common line in English poetry is iambic pentameter–like the James Merrill line above.  It’s five iambic feet.

You can hear meter, of course, without naming it.  But the more attention you pay to the details, the more you will hear of how rhythm affects meaning.  Poets use variations on the basic meter to signal everything from a hesitation, to emphasis, to a change in tone, to shifting emotions.  When you’re aware of the underlying pattern, you’ll hear the departures from it too.

I’ll leave it to you to listen to the meter in the poems that follow.  Remember that describing a poem as, say, iambic pentameter, refers to the poem as a whole, and that there will be lines that vary from that–the poem is still iambic pentameter.  Or trochaic trimeter, or something else.  But there will be that underlying steady pulse.  And some poems might alternate line lengths–Emily Dickinson does.  But a poem that had a line of iambic poetry and then a line of dactylic poetry, say, would be chaos.

O western wind, when wilt thou blow
That the long rain down can rain?
Christ!  That my love were in my armes
And I in my bed again.

ONCE BY THE PACIFIC

The shattered water made a misty din.
Great waves looked over others coming in,
And thought of doing something to the shore
That water never did to land before.
The clouds were low and hairy in the skies,
Like locks blown forward in the gleam of eyes.
You could not tell, and yet it looked as if
The shore was lucky in being backed by cliff,
The cliff in being backed by continent;
It looked as if a night of dark intent
Was coming, and not only a night, an age.
Someone had better be prepared for rage.
There would be more than ocean-water broken
Before God’s last Put out the light was spoken.

In one of the Assyrian wars
a chariot first saw the light
that bore sharp blades around its wheels.

That chariot from Assyria
rolling down mechanically
to take the warriors by the heels.

but hasn’t put in action yet.
This morning’s glitterings reveal
the sea is “all a case of knives.”

Lying so close, they catch the sun,
the spokes directed at the shin.
The chariot front is blue and great.

The war rests wholly with the waves:
they try revolving, but the wheels
give way; they will not bear the weight.

The winter evening settles down
With smell of steaks in passageways.
Six o’clock.
The burnt-out ends of smoky days.
And now a gusty shower wraps
The grimy scraps
Of withered leaves about your feet
And newspapers from vacant lots;
The showers beat
On broken blinds and chimney-pots,
And at the corner of the street
A lonely cab-horse steams and stamps.

And then the lighting of the lamps.

Thus I
Pass by,
And die:
As one
Unknown
And gone:
I’m made
A shade,
And laid
I’ th’ grave:
There have
My cave,
Where tell
I dwell.
Farewell.

Has given my heart
A change of mood
And saved some part
Of a day I had rued.

ANOTHER LULLABY FOR INSOMNIACS

Sleep, she will not linger:
She turns her moon-cold shoulder.
With no ring on her finger,
You cannot hope to hold her.

She turns her moon-cold shoulder
And tosses off the cover.
You cannot hope to hold her:
She has another lover.

She tosses off the cover
And lays the darkness bare.
She has another lover.
Her heart is otherwhere.

She lays the darkness bare.
You slowly realize
Her heart is otherwhere.
There’s distance in her eyes.

You slowly realize
That she will never linger,
With distance in her eyes
And no ring on her finger.

It isn’t in itself a thing is known–
en soi pour soi applies its sauce to sauce
and all the increments of living bone
amount to marrow-making: rounder loss.
Where would a self be best advised to look
for self-assurance?  Where put emptiness?
How move the mind to awe, its best address?
Can wonder come to life (whose breath we took)?

In the Japanese garden the bee’s regard
begins to fumble, fondle, multiply.
Unthinkabilities are seen; but hardly
have the surfaces seduced the eye
than every curve begets its wave of thought.
The mind is blinded, so the heart goes out.

And finally, a little amuse-bouche:

Save in the studies (like
Mine) which have suffered his
Unjustifiable
shocking neglect.

Higgledy-piggledy,
Benjamin Harrison,
Twenty-third President
Was, and as such,

Served between Clevelands, and
Save for this trivial
Idiosyncracy,
Didn’t do much.

Yamaha yamaha
Yukio Mishima
Mourned for the militant
Days that were dead;

So he dispatched himself
Hari-charistically,
Then an old friend kindly
Chopped off his head.

Learning to Love Lorca…or Any Poet