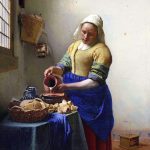 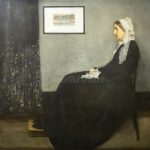 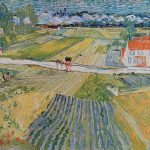 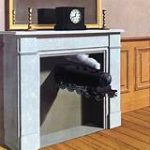 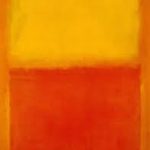 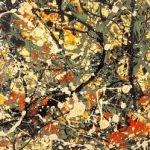 Not what does a poem mean, but how does it mean.

This week’s post began with something that happened at the end of last week’s Fridays at Four discussion.  Someone read a beautiful short poem by Jean Valentine, “Mare and Newborn Foal.”   Someone else asked a question about what it was saying, I offered some quick impressions about possible things behind it, and the person who had read the poem stepped in and pointed out–correctly–that that wasn’t necessary:  the poem was whole and complete as it stood.  This is a crucial point.  All of my first teachers repeated something it took me a few years to understand: that a poem isn’t about the world, it is a world.  We understand it by considering how its various pieces relate to each other, not to things outside the poem.  That’s the aesthetic I’ve followed ever since.  There are others, of course, but that’s the one that’s deepest in me.

And that line of thought took me back to an inspired book title: How Does A Poem Mean?, by the poet, translator, and scholar John Ciardi, first published in 1959. Poems “mean” in very different ways, just as paintings do–from realism to impressionism to surrealism to abstraction, and an array of others (see the images above).  What we need to do as readers is discover how any given poem “means”–if we try to read it through a different lens, we won’t be able to make any sense of it.  If you try to read a Wallace Stevens poem, for example, in the same way you’d read a Robert Frost poem, it won’t work.  And vice-versa.

We find poems that seem to reflect the daily world we live in the easiest to enter on first readings, just as we might paintings that show recognizable scenes and objects the simplest to talk about.  But keep in mind that those “realistic” paintings are based on illusion–the techniques of creating three-dimensional perspective in two dimensions took centuries to develop.

As you read these poems, think about how they mean: the music, the language, the tone, how the images connect to one another.  Listen to them as if they were cello sonatas or jazz solos.  Look at them as if the were paintings–or an Alexander Calder mobile.  What do you hear and see?  One suggestion: I think you will respond to the beautiful music of Heather McHugh’s poem, but if you want to unfold deeper layers, follow the hint in the title and look up some etymologies.

Here in February, the fine
dark branches of the almond
begin to sprout tiny clusters
of leaves, sticky to the touch.
Not far off, about the length
of my morning shadow, the grass
is littered with the petals
of the plum that less than
a week ago blazed, a living
candle in the hand of earth.
I was living far off two years
ago, fifteen floors above
119th Street when I heard
a love of my young manhood
had died mysteriously in
a public ward. I did not
go out into the streets to
walk among the cold, sullen
poor of Harlem, I did not
turn toward the filthy window
to question a distant pale sky.
I did not do anything.
The grass is coming back, some
patches already bright, though
at this hour still silvered
with dew. By noon I can stand
sweating in the free air, spading
the difficult clay for the bare
roots of a pear or apple that
will give flower and fruit longer
than I care to think about.

Sharing bread
is sharing life
but truth–
you ought to go to bed at night
to hear the truth
strike
on the childhood clock
in your arms: the
cold house
a turned-over boat,
the walls
wet canvases…

The mind must
set itself up
wherever it goes
and it would be
most convenient
to impose its
old rooms—just
tack them up
like an interior
tent. Oh but
the new holes
aren’t where
the windows
went.

Spring lies desolate.
The velvet-dark ditch
crawls by my side
without reflections.

The only thing that shines
is yellow flowers.

I am carried in my shadow
like a violin
in its black case.

The only thing I want to say
glitters out of reach
like the silver in a pawnshop.

Oh, I said, this is going to be.
And it was.
Oh, I said, this will never happen.
But it did.
And a purple fog descended upon the land.
The roots of trees curled up.
The world was divided into two countries.
Every photograph taken in the first was of people.
Every photograph taken in the second showed none.
All of the girl children were named And.
All of the boy children named Then.

‘Twas grace that taught my heart to fear.

Afford yourself what you can carry out.
A coward and a coda share a word.
We get our ugliness from fear.
We get our danger from the lord.

Poems You Have Questions About