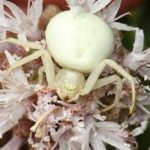 I want to continue our discussion of poem endings this week, and I’d like to focus specifically on how the last lines function.  Poems have an anatomy that includes not just their shape on the page, but the arc of their thoughts and feelings.  One ending might be a kind of summary of what’s come before, a summing up and deepening.  If that shape is a container, a box, then another kind of ending is one that adds a new twist, a surprise, a leap.  Another might seem to hover in paradox and ambiguity, rather than providing any kind of resolution.  Does it leave us in the world of the imagination, or does it lead us back into the world of daily life?  What categories of poem endings can you come up with?  When you read through the examples here, what do you see?  Do a little looking up: read about the Argument from Design for the existence of god, and about heroic similes and Kurosawa.  I assume you’ll remember the plot of Hansel and Gretel.  I’ve included three poems by Louise Glück as examples of the same author using  different kinds of endings in different poems.  Look back at the poems for last week with the same question: what kinds of endings do you see?

Please post your comments here rather than emailing them to me–just click on the subject heading on the side and scroll down.  I’m looking forward to our Fridays at 4 (eastern time) discussion.  I’ll send the zoom link on Friday morning.

Earth has not any thing to show more fair:
Dull would he be of soul who could pass by
A sight so touching in its majesty:
This City now doth, like a garment, wear
The beauty of the morning; silent, bare,
Ships, towers, domes, theatres, and temples lie
Open unto the fields, and to the sky;
All bright and glittering in the smokeless air.
Never did sun more beautifully steep
In his first splendour, valley, rock, or hill;
Ne’er saw I, never felt, a calm so deep!
The river glideth at his own sweet will:
Dear God! the very houses seem asleep;
And all that mighty heart is lying still!

I found a dimpled spider, fat and white,
On a white heal-all, holding up a moth
Like a white piece of rigid satin cloth–
Assorted characters of death and blight
Mixed ready to begin the morning right,
Like the ingredients of a witches’ broth–
A snow-drop spider, a flower like a froth,
And dead wings carried like a paper kite.

What had that flower to do with being white,
The wayside blue and innocent heal-all?
What brought the kindred spider to that height,
Then steered the white moth thither in the night?
What but design of darkness to appall?–
If design govern in a thing so small.

When the swordsman fell in Kurosawa’s Seven Samurai
in the gray rain,
in the Cinemascope and the Tokugawa dynasty,
he fell straight as a pine, he fell
as Ajax fell in Homer
in chanted dactyls and the tree was so huge
the woodsman returned for two days
to that lucky place before he was done with the sawing
and on the third day he brought his uncle.

They stacked logs in the resinous air,
hacking the small limbs off,
tying those bundles separately.
The slabs near the root
were quartered and still they were awkwardly large;
the logs from the midtree they halved:
ten bundles and four great piles of fragrant wood,
moons and quarter moons and half moons
ridged by the saw’s tooth.

The woodsman and the old man his uncle
are standing in midforest
on a floor of pine silt and spring mud.
They have stopped working
because they are tired and because
I have imagined no pack animal
or primitive wagon. They are too canny
to call in neighbors and come home
with a few logs after three days’ work.
They are waiting for me to do something
or for the overseer of the Great Lord
to come and arrest them.

How patient they are!
The old man smokes a pipe and spits.
The young man is thinking he would be rich
if he were already rich and had a mule.
Ten days of hauling
and on the seventh day they’ll probably
be caught, go home empty-handed
or worse. I don’t know
whether they’re Japanese or Mycenaean
and there’s nothing I can do.
The path from here to that village
is not translated. A hero, dying,
gives off stillness to the air.
A man and a woman walk from the movies
to the house in the silence of separate fidelities.
There are limits to imagination.

Even now this landscape is assembling.
The hills darken. The oxen
sleep in their blue yoke,
the fields having been
picked clean, the sheaves
bound evenly and piled at the roadside
among cinquefoil, as the toothed moon rises:

This is the barrenness
of harvest or pestilence.
And the wife leaning out the window
with her hand extended, as in payment,
and the seeds
distinct, gold, calling
Come here
Come here, little one

And the soul creeps out of the tree.

At the end of my suffering
there was a door.

Hear me out: that which you call death
I remember.

Overhead, noises, branches of the pine shifting.
Then nothing. The weak sun
flickered over the dry surface.

It is terrible to survive
as consciousness
buried in the dark earth.

Then it was over: that which you fear, being
a soul and unable
to speak, ending abruptly, the stiff earth
bending a little. And what I took to be
birds darting in low shrubs.

You who do not remember
passage from the other world
I tell you I could speak again: whatever
returns from oblivion returns
to find a voice:

from the center of my life came
a great fountain, deep blue
shadows on azure seawater.

This is the world we wanted.
All who would have seen us dead
are dead. I hear the witch’s cry
break in the moonlight through a sheet
of sugar: God rewards.
Her tongue shrivels into gas . . .

Now, far from women’s arms
and memory of women, in our father’s hut
we sleep, are never hungry.
Why do I not forget?
My father bars the door, bars harm
from this house, and it is years.

No one remembers. Even you, my brother,
summer afternoons you look at me as though
you meant to leave,
as though it never happened.
But I killed for you. I see armed firs,
the spires of that gleaming kiln–

Nights I turn to you to hold me
but you are not there.
Am I alone? Spies
hiss in the stillness, Hansel,
we are there still and it is real, real,
that black forest and the fire in earnest.