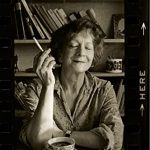 Last week’s post on First Loves led to a wonderful discussion during Fridays at 4. This week I want to continue that feeling, but with a later poetry love of mine, the work of Polish poet Wisława Szymborska (Vee-ZHWA-vah Zhim-BOR-ska).  I can read her work only in translation, and the general agreement is that the best are those by Clare Cavanaugh and Stanislav Barańczak.  Their versions are the ones that appear below.

I was completely smitten the first time I saw these titles, and then the poems that followed: “Notes from a Nonexistent Himalayan Expedition,” “The Letters of the Dead,” “In Praise of Feeling Bad About Yourself,” “Cat in an Empty Apartment,” on and on.  What drew me?  The tone of voice, that speaks about mortality with matter-of-factness, even humor.  The moments she chooses to write about, from dramatic (“The Terrorist, He Waits,” ) to the minute, the daily (“The Silence of Plants,” “A Little Girl Tugs at the Tablecloth”).  That she writes about writing poetry, something not typical of American poetry (“In Fact Every Poem.” “To My Own Poem,” ‘The Poet’s Nightmare,” “Some People Like Poetry.”)  The surfaces are deceptively simple, the depths infinite.

Please comment here, post your own favorites, and plan to join us to discuss them this Friday.

THE END AND THE BEGINNING

After every war
someone’s got to tidy up.
Things won’t pick
themselves up, after all.

Someone’s got to shove
the rubble to the roadsides
so the carts loaded with corpses
can get by.

Someone’s got to trudge
through sludge and ashes,
through the sofa springs,
the shards of glass,
the bloody rags.

No sound bites, no photo opportunities
and it takes years.
All the cameras have gone
to other wars.

The bridges need to be rebuilt,
the railroad stations, too.
Shirt sleeves will be rolled
to shreds.

Someone, broom in hand,
still remembers how it was.
Someone else listens, nodding
his unshattered head.
But others are bound to be bustling nearby
who’ll find all that
a little boring.

From time to time someone still must
dig up a rusted argument
from underneath a bush
and haul it off to the dump.

Those who knew
what this was all about
must make way for those
who know little.
And less than that.
And at last nothing less
than nothing.

Someone’s got to lie there
in the grass that covers up
the causes and effects
with a cornstalk in his teeth,
gawking at clouds

And who’s this little fellow in his itty-bitty robe?
That’s tiny baby Adolf, the Hitlers little boy!
Will he grow up to be an LL.D.?
Or a tenor in Vienna’s Opera House?
Whose teensy hand is this, whose little ear and eye and nose?
Whose tummy full of milk, we just don’t know:
printer’s, doctor’s, merchant’s, priest’s?
Where will those tootsy-wootsies finally wander?
To garden, to school, to an office, to a bride,
maybe to the Burgermeister’s daughter?

Precious little angel, mommy’s sunshine, honeybun,
while he was being born a year ago,
there was no dearth of signs on the earth and in the sky:
spring sun, geraniums in windows,
the organ-grinder’s music in the yard,
a lucky fortune wrapped in rosy paper,
then just before the labor his mother’s fateful dream:
a dove seen in dream means joyful news,
if it is caught, a long-awaited guest will come.
Knock knock, who’s there, it’s Adolf’s heartchen knocking.

A little pacifier, diaper, rattle, bib,
our bouncing boy, thank God and knock on wood, is well,
looks just like his folks, like a kitten in a basket,
like the tots in every other family album.
Shush, let’s not start crying, sugar,
the camera will click from under that black hood.

The Klinger Atelier, Grabenstrasse, Braunau,
and Braunau is small but worthy town,
honest businesses, obliging neighbors,
smell of yeast dough, of gray soap.
No one hears howling dogs, or fate’s footsteps.
A history teacher loosens his collar
and yawns over homework.

It’s good you came—she says.
You heard a plane crashed on Thursday?
Well so they came to see me
about it.
The story is he was on the passenger list.
So what, he might have changed his mind.
They gave me some pills so I wouldn’t fall apart.
Then they showed me I don’t know who.
All black, burned except one hand.
A scrap of shirt, a watch, a wedding ring.
I got furious, that can’t be him.
He wouldn’t do that to me, look like that.
The stores are bursting with those shirts.
The watch is just a regular old watch.
And our names on that ring,
they’re only the most ordinary names.
It’s good you came. Sit here beside me.
He really was supposed to get back Thursday.
But we’ve got so many Thursdays left this year.
I’ll put the kettle on for tea.
I’ll wash my hair, then what,
try to wake up from all this.
It’s good you came, since it was cold there,
and him just in some rubber sleeping bag,
him, I mean, you know, that unlucky man.

I’ll put the Thursday on, wash the tea,

since our names are completely ordinary—