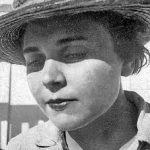 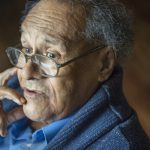 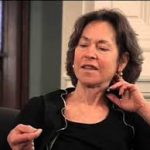 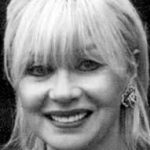 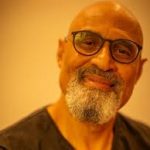 Last week’s post and Fridays at 4 conversation were about Poems You’ve Changed Your Mind About over time, for various reasons.   This week I’d like to do more of that, and I’ve invited poet Kevin Prufer to talk about it with me and with you.

I’ve added seven poems below for you to read and comment on here.  On this week’s Fridays at 4 (eastern time)  zoom discussion, May 6th, Kevin and I will look at as many of these as we have time for, talking about what we can see as we look–not past their surfaces, but through them–to what else they reveal.

Kevin Prufer has had a lot of practice both reading and writing poetry.  His three most recent books of poems are The Art of Fiction (nope, that’s not a typo), How He Loved Them, and Churches, all from Four Way Books.  He’s also co-edits the wonderful Unsung Masters series with Wayne Miller, and teaches in the Creative Writing Program at the University of Houston and in the Lesley University low-residency MFA in Creative Writing Program.

As always, I’ll send the link for Fridays at 4 on Friday morning.  If you know someone you want to invite, please have them subscribe on the website or send me their name and email address  directly so that I can add them to the mailing list and make sure they get the zoom link.

In the meantime, enjoy the poems and post your thoughts in Comments.

WHEN I HEARD THE LEARN’D ASTRONOMER

When I heard the learn’d astronomer,
When the proofs, the figures, were ranged in columns before me,
When I was shown the charts and diagrams, to add, divide, and measure them,
When I sitting heard the astronomer where he lectured with much applause in the lecture-room,
How soon unaccountable I became tired and sick,
Till rising and gliding out I wander’d off by myself,
In the mystical moist night-air, and from time to time,
Look’d up in perfect silence at the stars.

In the cold, cold parlor
my mother laid out Arthur
beneath the chromographs:
Edward, Prince of Wales,
with Princess Alexandra,
and King George with Queen Mary.
Below them on the table
stood a stuffed loon
shot and stuffed by Uncle
Arthur, Arthur’s father.

Since Uncle Arthur fired
a bullet into him,
he hadn’t said a word.
He kept his own counsel
on his white, frozen lake,
the marble-topped table.
His breast was deep and white,
cold and caressable;
his eyes were red glass,
much to be desired.

“Come,” said my mother,
“Come and say good-bye
to your little cousin Arthur.”
I was lifted up and given
one lily of the valley
to put in Arthur’s hand.
Arthur’s coffin was
a little frosted cake,
and the red-eyed loon eyed it
from his white, frozen lake.

Arthur was very small.
He was all white, like a doll
that hadn’t been painted yet.
Jack Frost had started to paint him
the way he always painted
the Maple Leaf (Forever).
He had just begun on his hair,
a few red strokes, and then
Jack Frost had dropped the brush
and left him white, forever.

The gracious royal couples
were warm in red and ermine;
their feet were well wrapped up
in the ladies’ ermine trains.
They invited Arthur to be
the smallest page at court.
But how could Arthur go,
clutching his tiny lily,
with his eyes shut up so tight
and the roads deep in snow?

shot through
the windows
— murdered?

so silently
about the rooms
the autopsy
begins —

Sometime after I had entered
that time of   life
people prefer to allude to in others
but not in themselves, in the middle of the night
the phone rang. It rang and rang
as though the world needed me,
though really it was the reverse.

I lay in bed, trying to analyze
the ring. It had
my mother’s persistence and my father’s
pained embarrassment.

When I picked it up, the line was dead.
Or was the phone working and the caller dead?
Or was it not the phone, but the door perhaps?

My mother and father stood in the cold
on the front steps. My mother stared at me,
a daughter, a fellow female.
You never think of us, she said.

But for us, she said, you wouldn’t exist.
And your sister — you have your sister’s soul.
After which they vanished, like Mormon missionaries.

The street was white again,
all the bushes covered with heavy snow
and the trees glittering, encased with ice.

I lay in the dark, waiting for the night to end.
It seemed the longest night I had ever known,
longer than the night I was born.

I write about you all the time, I said aloud.
Every time I say “I,” it refers to you.

Outside the street was silent.
The receiver lay on its side among the tangled sheets,
Its peevish throbbing had ceased some hours before.

I left it as it was;
its long cord drifting under the furniture.

I watched the snow falling,
not so much obscuring things
as making them seem larger than they were.

Who would call in the middle of the night?
Trouble calls, despair calls.
Joy is sleeping like a baby.

The scene within the paperweight is calm,
A small white house, a laughing man and wife,
Deep snow. I turn it over in my palm
And watch it snowing in another life,

Another world, and from this scene learn what
It is to stand apart: she serves him tea
Once and forever, dressed from head to foot
As she is always dressed. In this toy, history

Sifts down through the glass like snow, and we
Wonder if her single deed tells much
Or little of the way she loves, and whether he
Sees shadows in the sky. Beyond our touch,

Beyond our lives, they laugh, and drink their tea.
We look at them just as the winter night
With its vast empty spaces bends to see
Our isolated little world of light,

Covered with snow, and snow in clouds above it,
And drifts and swirls too deep to understand.
Still, I must try to think a little of it,
With so much winter in my head and hand.

Poems You Changed Your Mind About