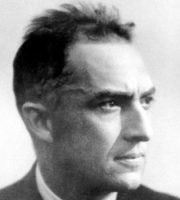 This week I want to follow up on our last discussion of poetry as a different language from prose, and its emphasis on music.  Whenever I say music in this context I mostly mean rhythm, though of course it includes everything from alliteration and repetition to sentence cadences.  Meter is a specific kind of rhythm, one that groups accented and unaccented syllables into feet.  In metrical poetry, the music is a given, what the poem begins with.

The defining characteristic of free verse poetry is a negative: it’s not metrical.  For centuries, poets writing in English had heard only metrical rhythms–all of them variations on which kind of metrical foot was used, and on the number of feet per line.  But by the late 19th and early 20th century, a number of factors made American poets want to find rhythms outside that system–something that reflected American rather than British speech, something that captured the rhythms of contemporary urban life.  It still astounds me that they were able to do it.  There were two defining characteristics of poetry in English: it was in meter, and it rhymed.  Poets had already begun to rely less on rhyme, but that was relatively simple.  Hearing another rhythm after centuries of meter, something that was in their bones and their muscle memory and their ears–how did they do that?  I sometimes think the invention of free verse was on a par with the invention of the wheel, in terms of the possibilities it opened up.

Many poets had a hand in the invention, but the primary figure here is William Carlos Williams, who more than any other found a way to hear new rhythms and to capture that on the page.  He began with lines that were too short to lapse into prose or into meter.  Once the line length is no longer determined by meter and feet, the poet has to listen for other reasons to end it–maybe a more syncopated rhythm, maybe a way for the line by itself to convey one meaning and the sentence another.

Poets writing in free verse have just a few basic tools, but they can use them to create infinitely varied combinations:  1.  Line length–is it short, medium, or long?  2.  Line endings–are they end-stopped or enjambed?  3.  The way the lines and sentences intertwine.  That’s it.  Simple.  Except that when you write in free verse you have to invent the form and the content simultaneously, and that’s really hard to do–especially if you don’t come to it with a background in metrical poetry.

Here are a some poems that for me have a strong free verse rhythm—not meter.  Free verse is also not prose in short lines (remember Koch’s essay).  When you read free verse, see each line as a unit–just as you would see a metrical line–and pause slightly at the end of it.  For this week’s Fridays at 4, please bring free verse poems you think have a strong rhythm.   The zoom link is on the Events pages, but I’ll send it again on Friday.

TO A POOR OLD WOMAN

LANDSCAPE WITH THE FALL OF ICARUS

According to Brueghel
when Icarus fell
it was spring

a farmer was ploughing
his field
the whole pageantry

of the year was
awake tingling
near

the edge of the sea
concerned
with itself

sweating in the sun
that melted
the wings’ wax

unsignificantly
off the coast
there was

a splash quite unnoticed
this was
Icarus drowning

I saw the best minds of my generation destroyed by madness, starving hysterical naked,
dragging themselves through the negro streets at dawn looking for an angry fix,
angelheaded hipsters burning for the ancient heavenly connection to the starry dynamo in the machinery of night
who poverty and tatters and hollow-eyed and high sat up smoking in the supernatural darkness of cold-water flats
floating across the tops of cities contemplating jazz,
who bared their brains to Heaven under the El and saw Mohammedan angel staggering on tenement roofs
illuminated…

I KNOW A MAN

As I sd to my
friend, because I am
always talking,–John, I

sd, which was not his
name, the darkness sur-
rounds us, what

can we do against
it, or else, shall we &
why not, buy a goddamn big car,

drive, he sd, for
Christ’s sake, look
out where yr going.

wade
through black jade.
Of the crow-blue mussel-shells, one keeps
adjusting the ash-heaps;
opening and shutting itself like

an
injured fan.
The barnacles which encrust the side
of the wave, cannot hide
there for the submerged shafts of the

sun,
split like spun
glass, move themselves with spotlight swiftness
into the crevices—
in and out, illuminating

the
turquoise sea
of bodies. The water drives a wedge
of iron through the iron edge
of the cliff; whereupon the stars…