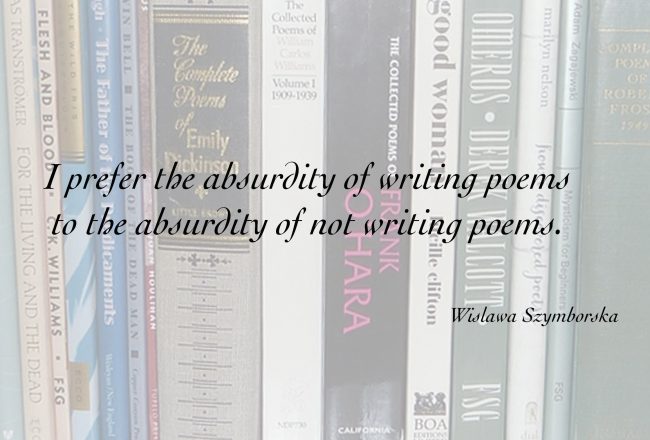 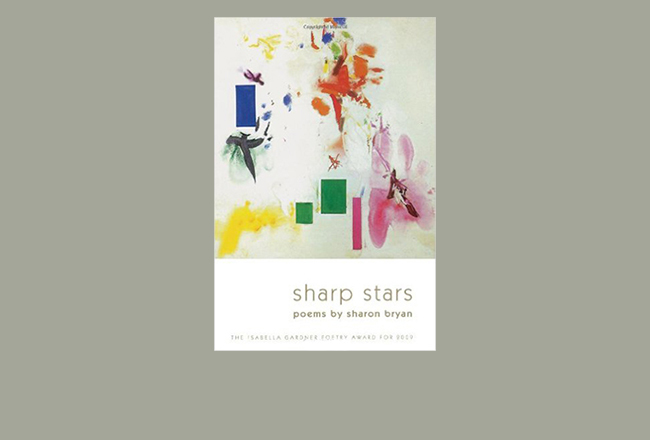 STANLEY PLUMLY, who died last week at 79, was one of my first poetry teachers in graduate school.  He taught workshops of course, but the class that had the most impact was a seminar, Long Poems and Poem Sequences.  We read many published examples, including Robert Penn Warren’s Audubon and Robert Hass’s “Songs to Survive the Summer,” from his second book, Praise. We discussed those poems in class, but were also writing our own versions.  Doing that changed the way I wrote.  Until then, I had assumed I would write one poem about my grandmother and one about evolution, one about New England, and one about art.  I wrote slowly, a line at a time squeezed out like toothpaste and then fretted over, before I went on to the next.  Working on a group of poems, I realized that I had just a few obsessions I would write about over and over, that one poem led to another, and that I needed to get down the arc of thought and feeling before it faded–I could go back to the details later.

Stan was also the first one to encourage me to send my poems out and to suggest specific places.  I believe his recommendations were behind the quick acceptance of my first two books.

The deepest lesson I took away from watching him and my other teachers was that being a poet goes beyond writing poems–though that was the written evidence–that it’s a way of living in and moving through the world.  It’s not just something you do, but something you are.  Stan’s absorption in and devotion to poetry were a model of what I aspired to.

He was, of course, a wonderful poet, with more than a dozen collections.  He also published a beautiful prose book, Posthumous Keats, An Intimiate Biography, about the poet he loved best; and The Immortal Evening: A Legendary Dinner with Keats, Wordsworth, and Lamb.  Both of these are as vividly written as novels, and allow us to eavesdrop on these moments and figures from the past, to see them up close.

The book of his poems I know best is still Out-of-the-Body Travel, published by Ecco Press in 1977.  These were the first poems of his I knew, and I read them over and over.  Two favorites: “The Iron Lung,” a persona poem written as someone who has polio and must live in that little tube forever–but it intertwines his own life with that character’s life so that every line is about two things at once, a shimmering metaphor.  Another is “The Tree,” that layers images like an anatomy textbook’s transparencies: actual tree, genealogical tree, cauliflower, the hand, the brain.

The other poem here, “Wrong Side of the River,” is from the same book.  I’ve always loved the haunting scene, the unexplained mystery of it.  But when I read it right after I learned of his death, it too revealed more layers.

It looked like oak, white oak, oak of the oceans,

oak of the Lord, live oak, oak if a boy could choose.

of our fathers.  So Sundays I would stand

on a chair and trace, as on a county map,

back to the beginnings of cousins,

nomenclature.  This branch, this root…

I could feel the weight of my body take hold,

toe in.  I could see the same shape in my hand.

And if from the floor it looked like a cauliflower,

dried, dusted, pieced back together, paper–

my bad eyes awed by the detailed dead and named–

it was the stalk of the spine as it culminates at the brain,

a drawing I had seen in a book about the body, each leaf

inlaid until the man’s whole back, root and stem, was veins.

WRONG SIDE OF THE RIVER

I watched you on the wrong side

of the river, waving.  You were trying

to tell me something.  You used both hands

and sort of ran back and forth,

as if to say look behind you, look out

behind you.  I wanted to wave back.

But you began shouting and I didn’t

want you to think I understood.

So I did nothing but stand still,

thinking that’s what to do on the wrong side

of the river.  After a while you did too.

We stood like that for a long time.  Then

I raised a hand, as if to be called on,

and you raised a hand, as if to the same question.

William Merwin was one of my first poetry heroes. I loved his poems and he seemed to me a model of a life devoted to poetry. I also admired the fact that half of his published work is translation of other poets into English–an invaluable gift. He had the equivalent of perfect pitch for language, so that when he began to write unpunctuated poems, and then poems with caesuras, they weren’t hard to follow. The absence of visual clues simply means you have to lean in and listen more closely. One of my favorites is “Strawberries,” in which the speaker describes a vision after his father’s death, one that includes a boy driving a wagon loaded with strawberries, and then a dream when he finally falls asleep. Near the end of the poem he wakes from the dream:

And this opening of the poem “Yesterday,” a dialogue between two men talking about their fathers that could be an opera duet, music made of words and white space:

I was lucky enough to know Merwin a little. I first met him in the early seventies when he came to Boulder, Colorado, to stay with the poet Bill Matthews. I opened the door one day, and there he was standing on the step, smiling, his face surrounded by dark curls. He had a small cloth bag slung over his shoulder, everything he’d brought with him. He was smart, kind, funny, supportive. Over the years we had some lovely conversations. I was delighted when I met Paula, who was a loving companion but didn’t take any guff. I’m glad they had so many years together.

He had a beautiful reading voice, hypnotic. I have it on vinyl, tape, and cd, and I’m sure you can find it all over youtube. I’m going to be going back to favorites, and to poems I haven’t read (I joked that he could write faster than I could read), but right now I’m inevitably hearing his beautiful poem “For the Anniversary of my Death.” The first time I read it I thought, “Oh! Why did I never think of that?” Because I’m not W. S. Merwin. Please share your memories and favorite poems here.

FOR THE ANNIVERSARY OF MY DEATH

That Republic? It’s ours. And his. And so many others. Kaminsky’s stunning follow-up to Dancing in Odessa, consists of a two-act play in poems set in another country, framed by a first and last poem set in this one. I believe great art changes us–not by comforting us, but by challenging us, and sometimes by devastating us. When I sat down with Deaf Republic last weekend I read it cover to cover, though I hadn’t intended to. I couldn’t stop, despite how painful it was. And once I’d finished I didn’t know what to do with myself. I couldn’t sit still, couldn’t sleep. I thought of Beckett: “…you must go on, I can’t go on, I’ll go on. You’re on earth. There’s no cure for that.” I felt utterly changed, and yet I knew at the same time that nothing would change, that we humans don’t much, that I don’t. Even so, I think everyone should read this book. I’m not going to quote any of it here. Don’t read reviews first, or read about it. Just get it and sit down alone in a quiet room and open it to the first page, then let me know your thoughts and feelings when you come out.

I think that poetry aspires to the power of music: the ability to convey thoughts and emotions directly, head to head and especially heart to heart: wordlessly. And yet poets love words and language, so we make our music out of those. Out of those and lines and white space. It’s very difficult, and almost paradoxical, to write poems about music, when music speaks so beautifully for itself, but I can think of a few poems that manage it. Here’s a favorite of mine, by the Swedish poety Tomas Transtromer (translated by Robert Bly). I hope you’ll post your own favorites, with some commentary about why you chose them.

After a black day, I play Haydn,
and feel a little warmth in my hands.

The keys are ready. Kind hammers fall.
The sound is spirited, green, and full of silence.

The sound says that freedom exists
and someone pays no tax to Caesar.

I shove my hands in my haydnpockets
and act like a man who is calm about it all.

I raise my haydnflag. The signal is:
“We do not surrender. But want peace.”

The music is a house of glass standing on a slope;
rocks are flying, rocks are rolling.

The rocks roll straight through the house
but every pane of glass is still whole.

For the New Year

Amidst all the noise, this quiet welcome.